In 1860, on the Champ de Mars, people played a bat-and-ball game called Rounders, a predecessor of baseball. Already being played in Ontario and south of the border, baseball was introduced to francophones living in the Montréal area, around 1865-1870, by Franco-Americans who had come to study in Québec colleges.

At the start of the 1870s, the Montreal Base Ball Club (MBBC) was created. Games were played on Sainte-Helene’s island between two colleges, Sainte-Marie and Saint-Laurent. The first francophone club was created in Montréal as the Club Jacques-Cartier in 1873, whose players came from the typographers union. 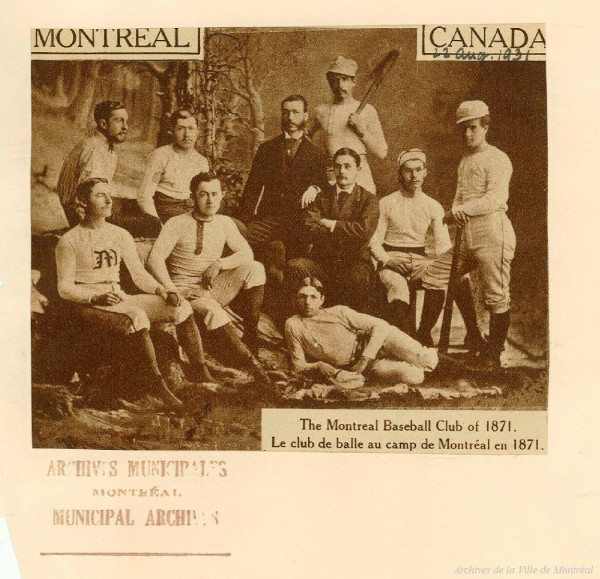 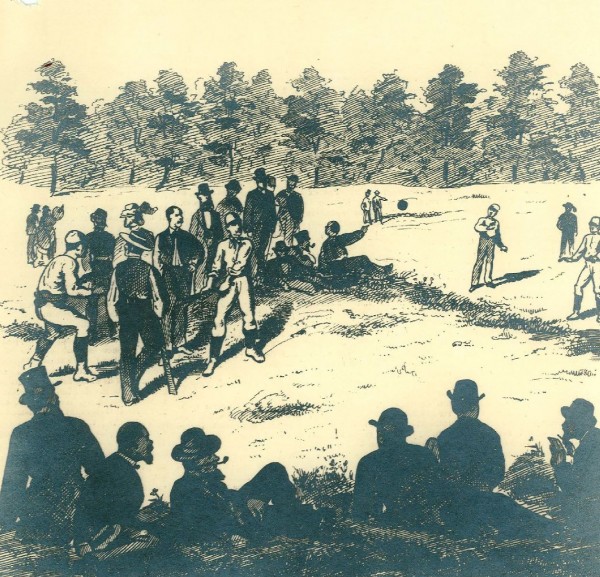 An association known for its lacrosse and hockey clubs, The National (forerunner of the Palestre Nationale), decided also to set up a baseball club. In 1895, the managers of the National proclaimed that the baseball games played by their club were just as exciting as those played in New York, Boston and Chicago. 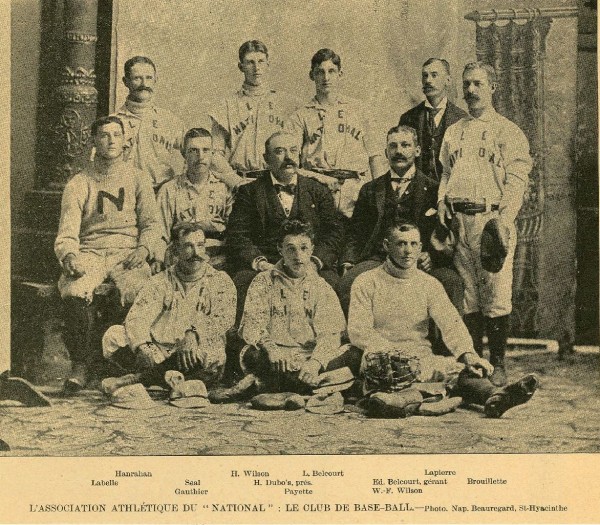 Baseball became more and more popular in Montreal where a league was even created: the Montreal Amateur Base Ball League. In 1898, the Québec baseball league was founded, made up of clubs from Saint-Jean, Sorel and Saint-Hyacinthe as well as three Montreal clubs. One of the Montreal teams, the Mascotte, owned the field located at the corner of Ontario and Delorimier.

In 1897, a professional team from the American minor league moved to Montreal from Rochester, New York. The as yet unnamed team played at the Atwater Park where Alexis-Nihon Plaza now stands.

On July 24, 1897, 4,000 people packed the park to see pitcher Louis Belcourt, the first French-Canadian team player, take home the first victory of what would later become the Royals or “Royaux.” The following year, the team won their first championship in the Eastern League (an ancestor of the International League). In 1917, the club was ousted from the league, despite the fact that baseball was becoming more and more popular, eclipsing lacrosse as a summer sport. 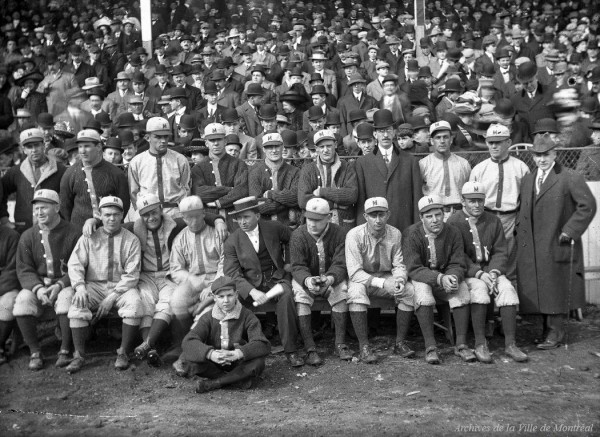 Years went by and baseball was still a popular sport. Yet Montreal would have to wait until 1928 to see the rebirth of the Royals, thanks in part to the efforts of Québec Minister Athanase David. To welcome the team, club owners bought the Mascotte team’s field and built the DeLorimier stadium, with a capacity of 20,000 spectators, which was, at the time, considered to be a better stadium than other major baseball league stadiums. 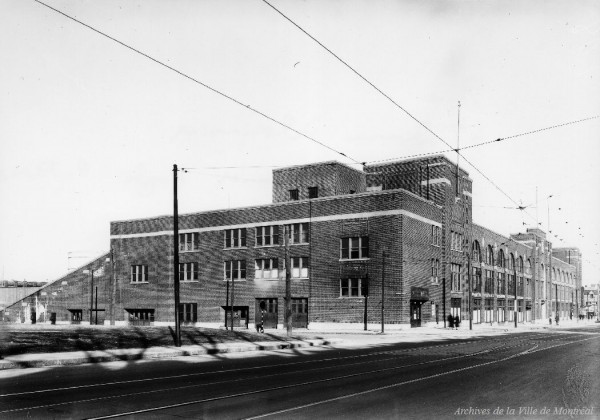 In 1935, the Royals took home their second championship win against the Toronto Maple Leafs. Four years later, the team became an official affiliate team of the Brooklyn Dodgers. In 1945, they won the International League’s championship with a team that included three French-Canadians as members: Montrealers Stan Bréard, Roland Gladu and Jean-Pierre Roy. 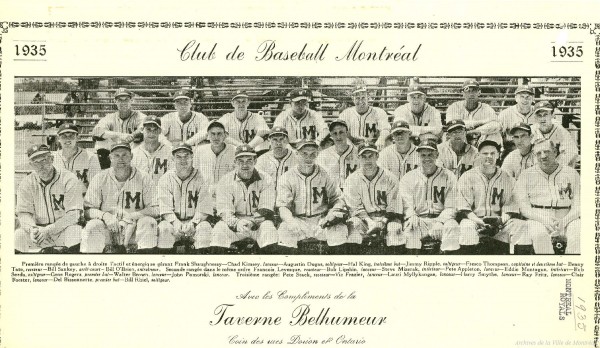 The one and only Jackie Robinson

In 1946, Montreal was privileged to witness one of those key moments in professional sports and North American history: the arrival of Jackie Robinson to Major League Baseball.

After the Second World War, Major League Baseball only accepted white baseball players. In 1920, banned African-Americans were forced to create their own professional leagues for blacks only, the Negro Leagues.

On October 23, 1945, at the request of the Dodgers, Hector Racine, president of the Royals, announced the hiring of Jackie Robinson. Robinson became the first black player to sign a contract with the major leagues. Jackie and his wife, Rachel, moved to Montréal, while president Racine hailed the event as something that would revolutionize baseball. The news made headlines across North America. During the 1946 season, Robinson was a crowd favourite and was carried on people’s shoulders when his team won the Junior World Series. 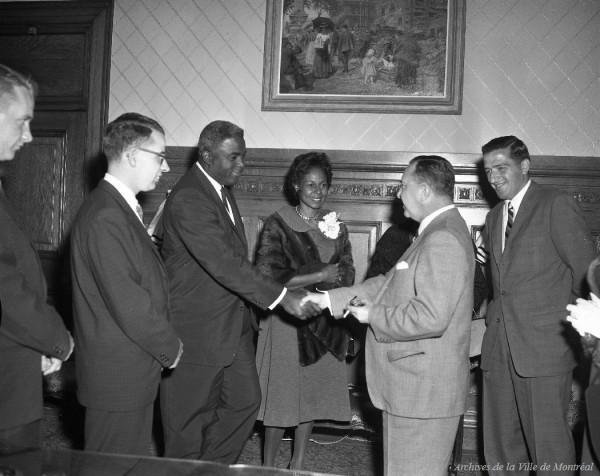 The following year, Robinson made his debut at the Brooklyn Dodgers where he became one of the greatest players ever known to baseball and a great defender of Black civil rights in the United States. Yet Robinson and his wife would never forget the warm welcome they received in Montréal and the home they lived in at 8232 de Gaspé.

The City and baseball

By the end of the 1940s, with the baby boom in full swing, Montreal started setting up sports and recreational activities for young Montrealers. Children were everywhere and needed structured activities. Baseball parks and leagues were thus created. 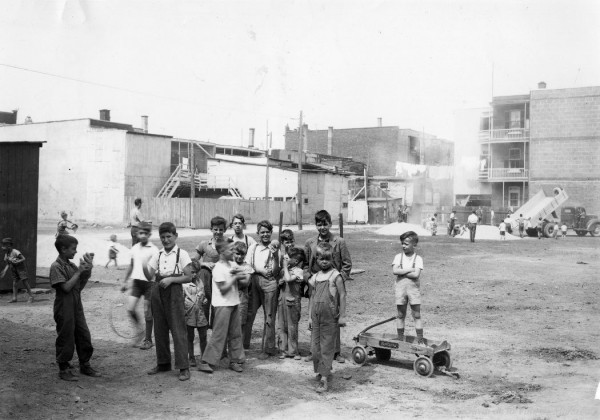 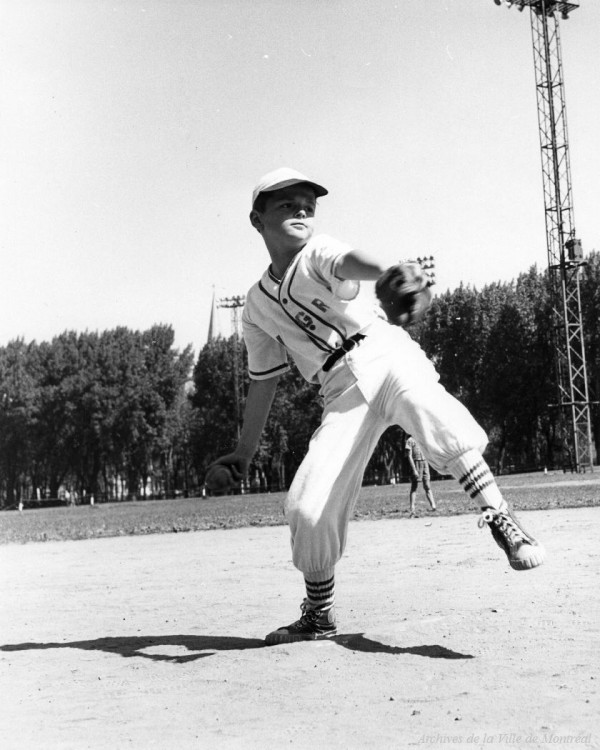 During the 1950s, the Royals brought home one Junior World Series and four International League championships. Players like Roberto Clemente and Don Drysdale would go on to become Baseball hall of famers after brilliant major league baseball careers. But the team floundered. When the Dodgers moved to Los Angeles in 1957, the Montreal-based farm team became less interesting to them.

On September 7, 1960, the Royals played their last game at the already outdated DeLorimier stadium before only 1,000 spectators, losing 7 to 4. The team was transferred to Syracuse. 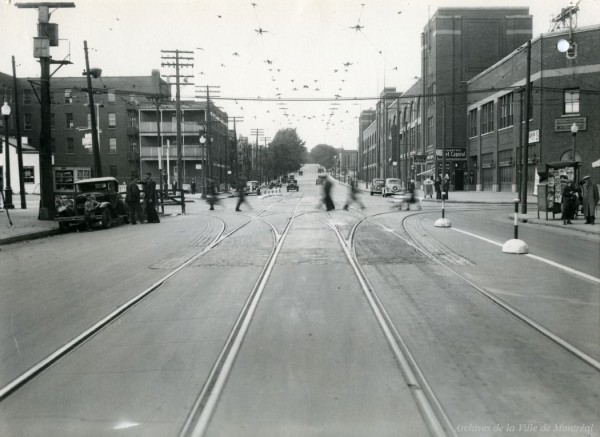