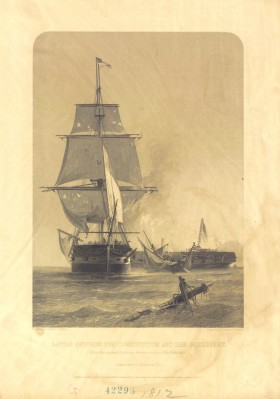 On the occasion of the Bicentennial of the beginning of that war, the Archives of Montréal is presenting 20 engravings of Navy officers like Stephen Decatur, Isaac Chauncey, William Bainbridge or James Lawrence who famously ordered to his officers of the USS Chesapeake, « Don’t give up the ship ». We also have some engravings of battles like between the USS Constitution and the HMS Guerriere. All of them are taken from our archives.